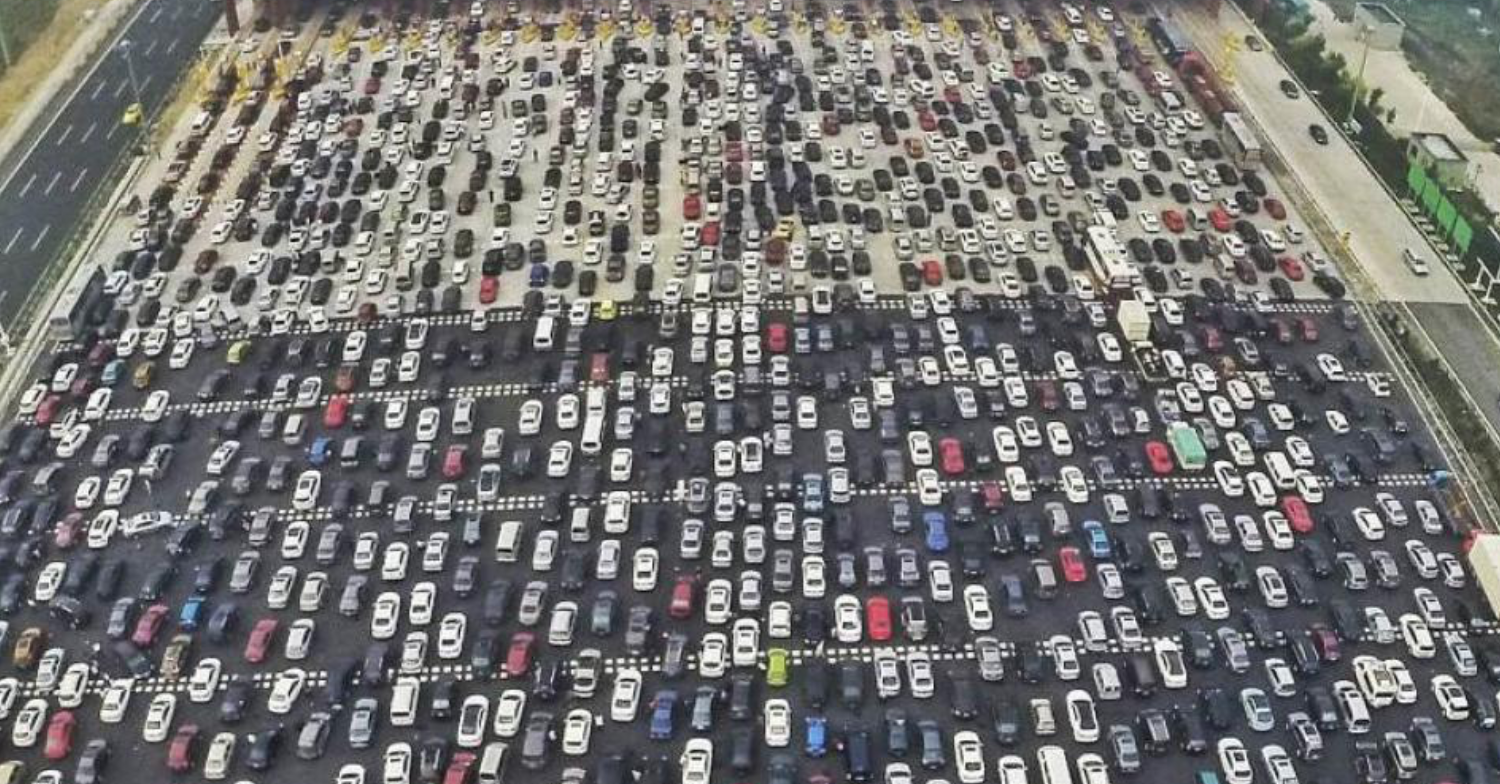 We’ve come upon a major backup on the thruway of our organized, orchestrated lives. Our calendars are sad reminders of what was to be. The overarching sentiment is that we are living through an annoying, inconvenient interruption of our hamster wheel lives and what we need to do is just get through it. Thanks to the constant news stream and social media, we’ve been treated to a barrage of doomsday hysteria coupled with a bevy of tips and hacks on how best to pass the time until life’s traffic pattern returns to normal.

But what if there’s more to it than that? What if, brace yourselves, it isn’t merely disrupting our calendar? Could it be that our sovereign God is trying to get our attention? We, as Christians, as Christ’s body, should not be so quick to write this off as mere inconvenience that we need to get past. Sure, we’re all playing our part in making some sacrifices. And maybe, hopefully, it has caused us to consider those at risk and to reach out to help where we can. That is good and right and we should certainly be doing that regardless of the presence or absence of crisis. But I sense we need to look deeper. The God we serve can, and surely does, have multiple purposes woven into this chapter of our lives. He is the author of every one of our days. The Lord is God, and there is no other besides him. Every moment of history is moving in the direction he has assigned it, toward a specific and glorious end, and new beginning. That includes Covid-19.

God has been known to use catastrophic events throughout history. Sometimes we see calamity seemingly focused on an individual (cf. Joseph, Job), other times towards a nation, region, or people (cf. Sodom & Gomorrah, much of Joshua, the prophets), still other events occur on the worldwide stage (cf. the fall, the great flood, Joshua’s long day, the return of Christ). There are some passages running on a loop through my heart and mind that bear some consideration as we ponder what we’re experiencing today as God’s people.

Biblical theology shows us recurring patterns that reflect the metanarrative of Scripture- Creation, Fall, Redemption, and Restoration. One of the pictures of this occurs regarding God’s presence with Israel in the majestic temple, in the Holy of Holies (1 Kings 8). As time goes on, the truth of God’s warning of curses for disobedience in Deuteronomy 28:15 ff, (vv. 58-60 are of particular interest at this time) comes to pass. Israel has transgressed God’s law so thoroughly that Ezekiel sees a vision of the glory of the Lord leaving the temple (Ez. 10). We see the temple desecrated, plundered, and burned, and the people of Jerusalem dispersed as a result of King Nebuchadnezzar’s siege. But God does not completely leave his people. Take note, he always has a remnant of true worshipers (cf. 1 Kings 19:14-18).

Now we move on to Isaiah 44:24- 45:13, where we see the LORD foretelling of his shepherd, Cyrus, some two centuries before he existed. Cyrus, king of Persia, was going to be used to order the rebuilding of the temple following the Babylonian captivity. At the appointed time, Cyrus’ heart is moved to order just that (Ezra 1:1-4). Some 50,000 people returned, along with an incredible amount of gold, silver, and priestly garments- enough to have it rebuilt on its original site (Ezra 2). The building began, complete with riveting accounts of drama and intrigue, and real progress was being made. But then we see in Ezra 4:24 that “the construction of God’s house in Jerusalem had stopped and remained at a standstill until the second year of the reign of King Darius of Persia.” What happened?

Jump over to Haggai 1:3-11 and you’ll see. The people talked themselves into believing that the time hadn’t come to rebuild the temple, so they instead went to building homes for themselves. “You have planted much but harvested little. You eat but never have enough to be satisfied. You drink but never have enough to be happy. You put on clothes but never have enough to get warm. The wage earner puts his wages into a bag with a hole in it.” -Haggai 1:6. In a plot twist only God could fashion, the hearts of the people turned and they again obeyed the Lord their God (v.12 ff), and completed the building of the temple! As the commentator Matthew Henry said, “A holy fear of God will have a great influence upon our obedience to him.” When the people were humbled and moved to repentance and obedience we see a message delivered from the Lord to them in v.13- “I am with you.”

My heart has been moved to consider this. Have I as an individual, we as a local church, and God’s people in general, taken our eyes off building the Kingdom? Have I grown complacent, more enthralled with my own comfort and ease than for the Savior that rescued me from death and eternal torment?  Is it now enough for me that my eternity is secure, so I’m not as concerned with others destiny as I should be? If I’m being honest, the embarrassing answer is, at least to some degree, yes. Perhaps you’re feeling the same way. If this diagnosis is in any part true, we should thank God for the wakeup call. But it can’t end there. This is a call to action. To building. There are many living stones around us that need to be set in place. Let us strive with all our might, by the power of the Holy Spirit, to find them and bring them in.