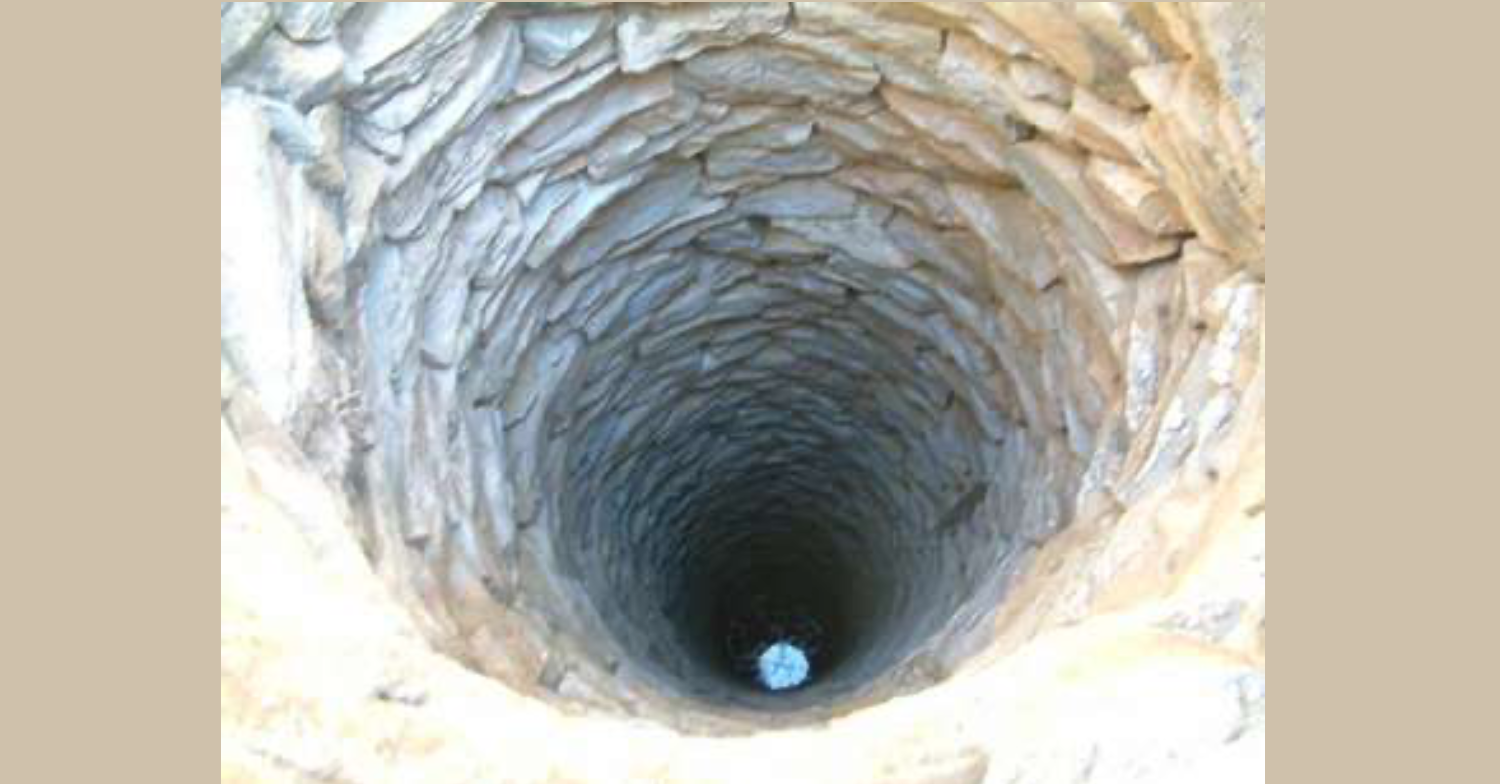 Caleb, our four-year-old was playing in the front yard of the place we are staying when he stepped into a small hole, which ended up being the opening to a fissure that connected with a deep well.  He fell about eight feet to a narrow ledge, and one foot dangled over the abyss while the other held him in place for about twenty minutes before paramedics arrived.  They lowered a rope and he held on while they pulled him out.  He came through with only minor scratches.  An officer present was quoted in the local paper to say, "If he had become upset and started thrashing around, we could have lost him.  A little movement and he would have been gone." I was away, and the whole family worked together to contact emergency services, direct them to the site, and speak courage to Caleb while he was in the hole.

I'm aware that many others, perhaps some of my readers, have tragically lost little ones to accidents or sickness.  For us, the goodness of God is not dependent on Caleb coming out of that hole alive.  But these are occasions to step and reflect on things, like...

Both my sense of where my son was at in his spiritual awareness, and my understanding of what Christ accomplished in the atonement lean me toward belief that, had he died yesterday, Caleb would have gone to be with Jesus forever.  But that doesn't mean that his death is a desirable thing, to his family, to him, and even to Jesus.  Death is something this world wasn't made for, and even though its sting is removed in Jesus, it remains an unwelcome reality of a broken world that some day must be defeated and swallowed up in resurrection (1 Cor. 15:26).  I feel more aware of the precious and fragile beauty of life, and more inclined to give hugs and kisses longer and more freely, to cry and laugh more, to keep short accounts, and to love.

Of course, the death of a saint is also precious (Ps. 116:15).  I suppose that in one of the mysteries of our Christian reality, life is precious until death is precious, leading to hope and peace for the bereaved as well as for thankful survivors.

Perhaps my title, "almost lost my son" is not entirely the best way to think about it.  Because of God's absolute providence, I believe there was a 0% chance he would have died yesterday, and if I am not to survive the day today, there is a 100% likeliness that I'm going to leave this world, no matter what safety precautions I put in place.  There is an assurance that flows from that.  If the doctor tells you that the surgery to remove your brain tumor has a 35% chance of success, that can and should influence the choices for treatment you take, but in final analysis, we must not trust in statistical probabilities, only the sound assurance that the days of our lives are in his hands.  If this led to recklessness and poor stewardship, it would be a wrong response.  But considering that our family lives in a "high-risk" part of the world, and had a close encounter with death here in the US, we bow our heads and hearts at His care and the absoluteness of His providence in our lives and deaths.

3) I need to foster a better God-consciousness in all of life.

Somehow it is easier and more natural to think and speak about the involvement of God and angels in crises.  I can imagine Caleb being sustained in and lifted out of that hole by divine strength.  But normally, I'm a practical naturalist when it comes to the way I see the world and the things that happen in it.  I want to have my eyes opened more to the active involvement of God in all of life, because I believe that He is there, and working for the good of those who love Him - in all things (Romans 8:28).