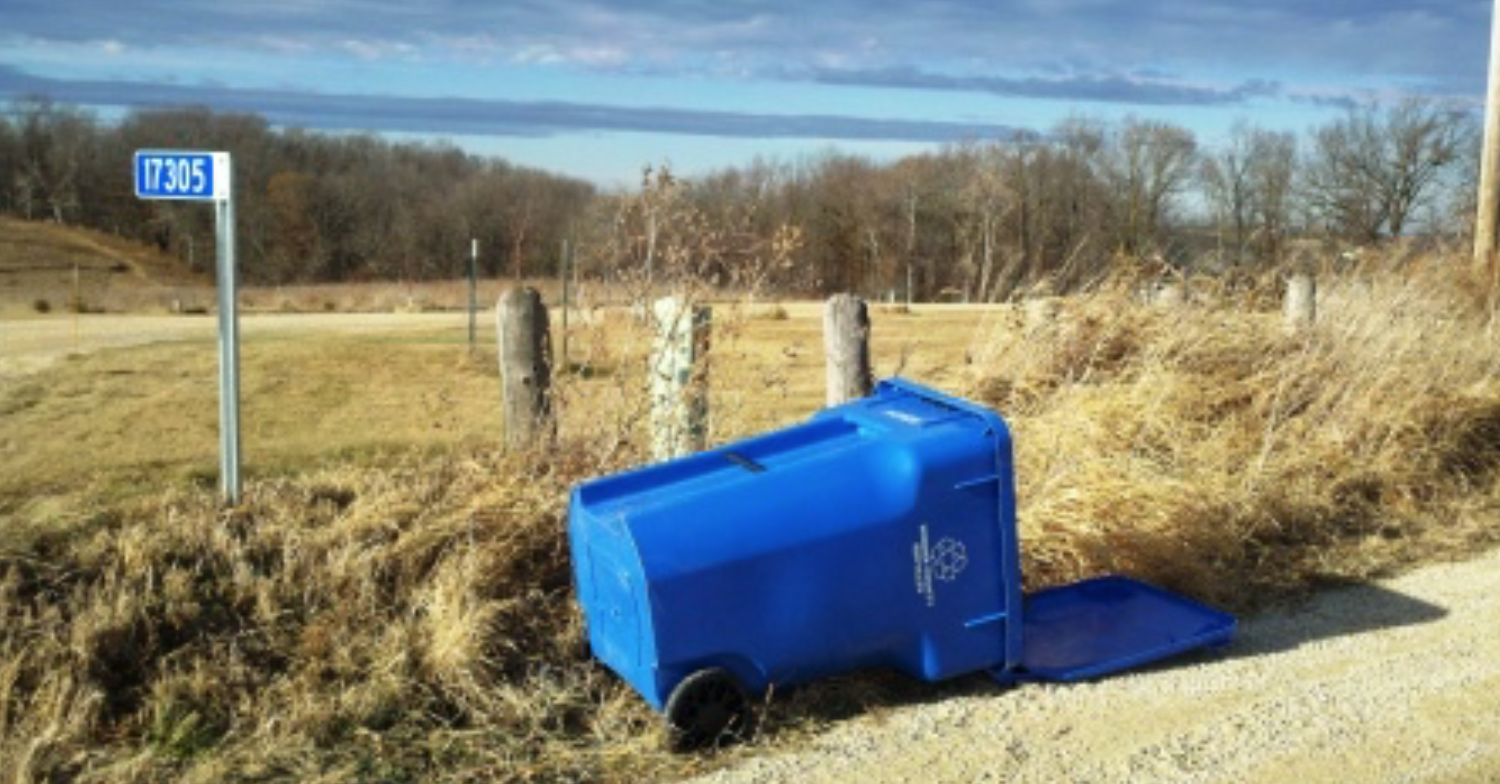 Last Tuesday, I was awakened by the sound of very strong winds coming through a cracked bedroom window and banging the blinds against the wall. Even after closing the window the roar of the wind was loud. I wondered if the recycling that I put out with the night before would be in the next county. There had been reports in the news the day before of tornados in the Midwest and I wondered if this wind was part of that weather system. After rescuing the garbage bins I came inside and sat down in front of our picture window and marveled at the power of the wind that was making the trees dance. Isaiah 50:4 says “[The Lord] wakens me morning by morning, wakens my ear to listen like one being taught.” Was this wind the Lord waking me up and reminding me of his power and the fragility of my world? (Jeremiah 10:12-13) Or was this wind just here by random chance, the same random chance that the theory of evolution claims formed the universe? Do the forces of nature tend to create order, or disorder? Do they build up or tear down?

As I looked out the window I watched a heavy outdoor carpet out on our porch whipping in the wind. The repetitive motion had started a large tear in it. I went out to get the carpet out of the wind, and noticed that a box in which I had collected some broken glass, had filled with leaves. When I picked up the box, the strong wind immediately cleaned all the leave out of it leaving only the glass behind. Two simultaneous observations demonstrating the wind storm’s ability to both destroy and to organize (removed the leaves from the glass). Yet, if we talked with those who witnessed the tornados and flooding of this recent storm system, I’m sure they would conclude that destruction and disorder were by far the predominant result.

Later that morning I went to work getting our corn planter ready for planting. Because the machine had sat out all winter, the once shinning and well greased roller chains were rusty and almost frozen in place. All of these chains would have to be replaced. I also needed to replace some bearings and the disks that open the ground so that the seed can be deposited. Time and use had worn away the hardened steal. In this world it seems that everything eventually dies, breaks down, or wears out. The forces of nature have to be countered by active care by humans or animals to stop this destruction. So how is it that the forces of nature took inanimate compounds and made the highly ordered, intricately designed plants and animals we see today?

As I continued working on the planter, using a cutting torch to remove some rusted bolts, a few bits slag (molten steel) managed to get down the collar of my shirt. It wasn’t the most pleasant experience. My skin didn’t stand up very well to the hot metal. Later on the thought occurred to me that the giant cataclysmic storm called the “Big Bang” that is theorized to have been the origin of life, would have likely resulted in a lot of molten rock and hot gases. The proteins that make up us living creatures don’t hold up very well under those circumstances.

To finish, I’ll return to the victims of the tornados and flooding. If blind chance created this earth and the storms which destroyed their property and took the lives of their loved ones, what hope do they have? If we are just material beings, then death is the end. However, if there is a sovereign creator God as the Bible says there is, then the victims are not alone in the struggle to rebuild their lives, and they can have real hope of seeing their loved ones again in a place where things don’t die or break down, called heaven. As for me, I’ll be praying for those families. What about you?