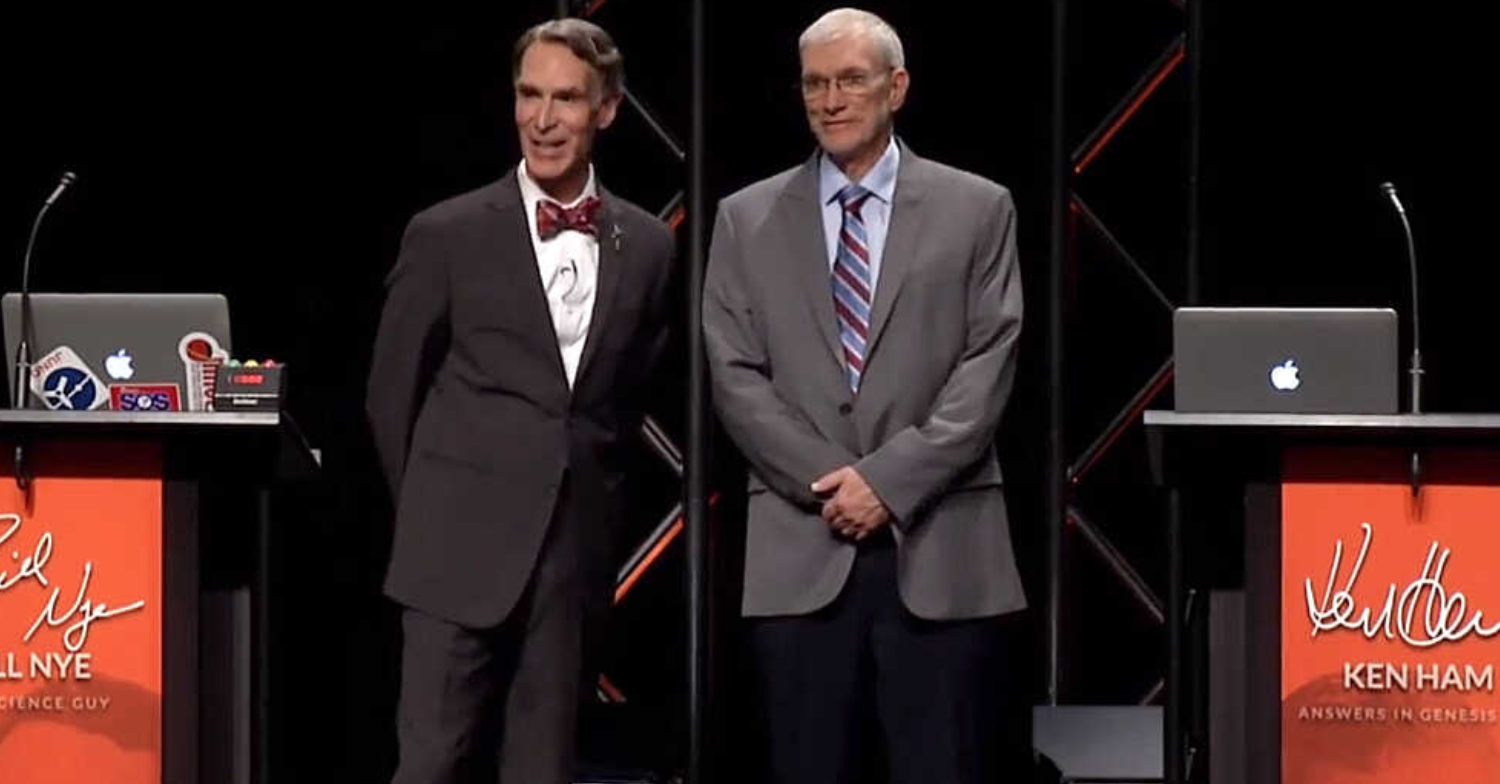 On February 4, 2014, many of us watched Bill Nye (The Science Guy) and Ken Ham (of the Creation Museum) debate about their vastly different views as to the origin of the earth and life itself. Lots of scientific data was thrown around from diverse fields of science such as astrology, radioactive dating, archeology, DNA sequencing, among others.

For those who are not familiar with these fields of study all this data can appear rather confusing, and seemingly unverifiable. In the midst of the debate we are left to “trust” the accuracy of the data and the conclusions given by each presenter. Since the conclusions become a matter of faith in the presenter, we often end up siding with the individual who espouses the ideas and values we already hold.

However, I am here to challenge everyone who reads this not to let others think for you. Don’t leave the creation/ evolution debate to Bill Nye and Ken Ham. The origin of life and the reason you are living here on this earth are too important to dismiss. The good news is that you don’t have to be a trained scientist to understand this debate and to make accurate conclusions about the evidence available.

My challenge is two fold. First, take some time this year to research the claims made by Mr. Nye and Mr. Ham. There is plenty of information on the web, in books, and scientific journals. Try to separate the observed data from the proposed conclusions and hypothesis. Note who did the research and how the research was conducted. For example, large numbers of observations are more accurate then a few. Research with “blinded control groups” (such as giving half of the test individuals a sugar pill instead of the real medicine without the subjects or researchers knowing who received which treatment) are more accurate than those without control groups.

If this still sounds too confusing or too much work, the most important part of my challenge is not. Simply look for evidence of creation and evidence of evolution in your everyday life. I am going to take my own challenge this spring and look for evidence in my life that supports either a creator (God) or blind chance (evolution). Will you do the same?

Over the course of the next few months, I will be posting my observations  - most of which come from my large animal veterinarian practice.  I have the privilege of both working with nature in the field, and the privilege of daily applying science to real life situations. I do not work in the theoretical, but in real life.

Unlike my colleagues in small animal medicine (cats & dogs), I travel to where my patients live, and in doing so get to enjoy the amazing beauty of the hills, valleys, streams and lakes that make up the Finger Lakes area and southern tier of Western New York State where I practice.  I can't wait to share with you my observations!