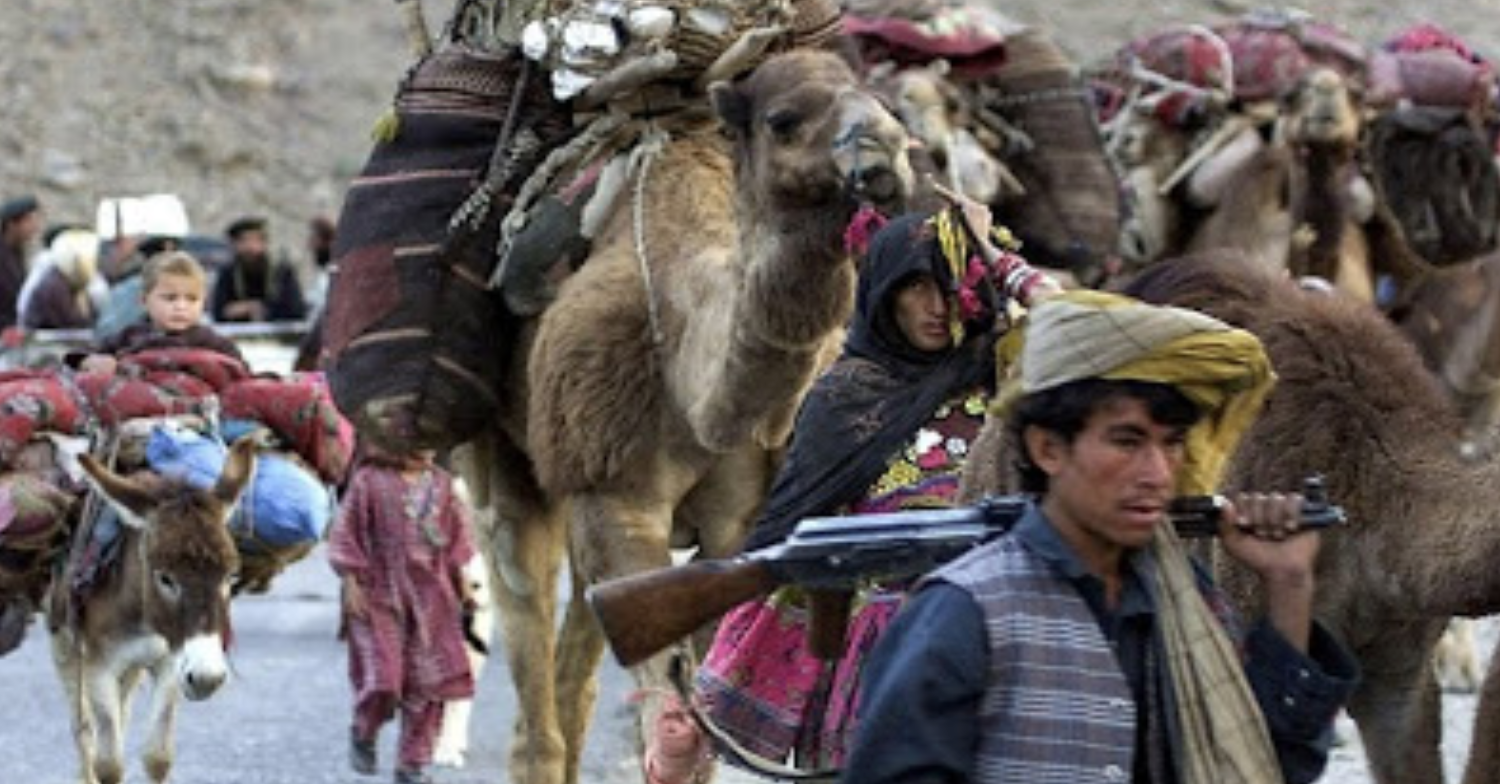 In our adopted country, there are a few tribes who live nomadic lifestyles. They are shepherds, and migrate annually around the country in search of better climates and grazing lands.  This time of year, they can be found traveling east alongside the highway that connects our city with the capital.  About the only difference from 1,000 years ago is an occasional tractor alongside the donkeys and camels, burdened down, like its breathing counterparts, with tent equipment, supplies, and the young (both human and animal) bound tightly to the other bundles.

Anthropologists and journalists tend to romanticize this lifestyle, and so have I at times as I see them pass by, enjoying the great outdoors and one another's company, untethered by technology, bureaucracy and global concerns.

But our family's calling sometimes creates seasons of nomad-like unsettledness, helping us feel the practical and psychological challenges of life on the move.  Many times we've found ourselves drifting from place to place, living on the hospitality of others, scrambling for identity and role, and constantly learning new environments, new people, new grocery stores, and new floor plans.  Even when we are "home" in our adopted country, we're foreigners, unable to own land, and ever vulnerable to the whims of our landlord, and loss of residency for any number of reasons.

A quick comparison with the earliest gospel workers shows that this is not unique, and in fact, they make us seem quite settled by comparison!  The apostles were constantly on the move, often spending no longer than a few weeks in a city before being driven on to another.  Abraham, father of the faithful, dwelt in tents with his family as he looked longingly for a heavenly city.  Jesus himself was something of a drifter, with no place to lay his head.

There is grace for these transitions and a blessing in these adventures which makes the calling worthwhile, but all this points to a hypothesis: People were created for permanence.  We were made for homelands to settle in.

The problem is, permanence in this world is an illusive thing, and even if someone is born and retires in the same hometown, the fact remains that he will eventually die and pass out of that hometown, and this world.  Eternity on our hearts makes us long for a kind of settledness that this world can't offer: the permanence of nothing less than a New Heavens and New Earth which will never be taken away.

Realize it or not, like it or not, we are all pilgrims and sojourners here - whether nomads, urbanites, globe-trotters or homebodies - we are just passing through this world.

And if we know Christ...

"Our citizenship is in heaven, from which we also eagerly wait for the Savior, the Lord Jesus Christ" (Phil. 3:20).