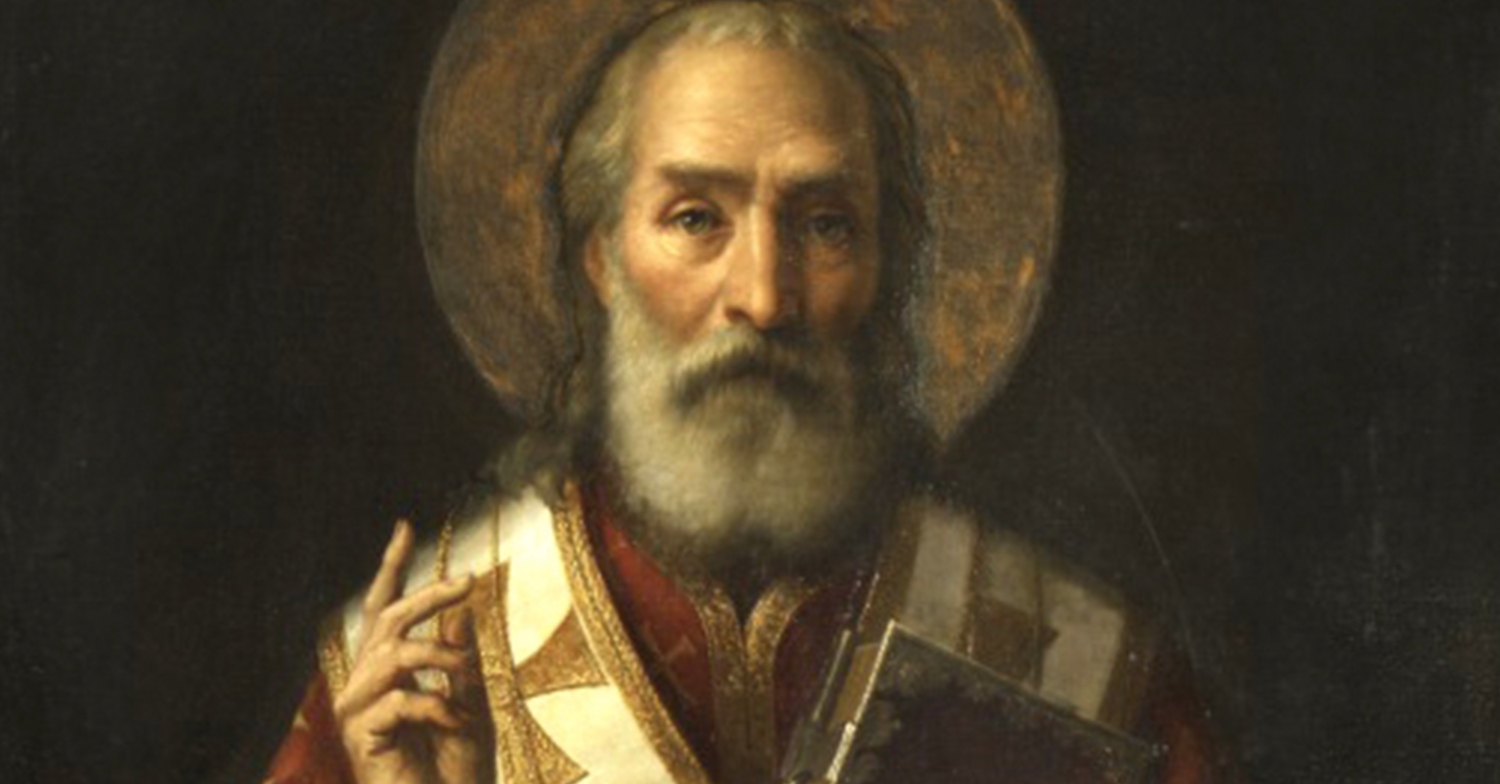 This is a question that I think all kids at some point ask, and most parents dread to answer. Amidst fanciful tales of flying reindeer and abominable snow monsters (or elves that want to be dentists) I wanted to dig deeper to see if I could find any shreds of truth behind our culture’s favorite Christmas icon. It turns out that the name Santa Claus evolved from the Dutch nickname “Sinter Klaas” short for Sint Nikolaas or  translated to English “Saint Nicholas.”

Now there were at least a couple of “Saint Nicholases” in the early church, but the man who became famous for his giving and inspired our modern day Santa Claus was Saint Nicholas of Myra.  He was born in the third century AD in the Greek village of Patara in Asia Minor (now the southern coast of Turkey). Nicholas’s parents were Christians and were wealthy, but they died in an epidemic while he was young, leaving him to be raised by an uncle who was an abbot.

Now Nicholas could have been bitter at his misfortune. He could have used the wealth he inherited for his own pleasure, but Nicholas loved Jesus. We know that he loved Jesus, because unlike the rich young man in Mark 10:21 who went away sad because he loved riches and didn’t want to part with his wealth, Nicholas followed Christ’s call to “sell all that you have and give to the poor… and come, follow me.” “Nicholas used his whole inheritance to assist the needy, the sick, and the suffering.”(St. Nicholas Center)

Nicholas went on to become a monk and eventually the Bishop of Myra. He attended the historic Council of Nicaea in AD 325, his name appearing on the oldest Greek list of this council. Earlier, Saint Nicholas’ love for Christ was demonstrated in his willingness to suffer exile and prison for his Lord at the hands of the Roman Emperor Diocletian, who ruthlessly persecuted Christians.

During his lifetime he was noted for giving to the poor and for doing so anonymously. One famous story is of a poor man’s three daughters who did not have any money for dowry. At that time, women without dowry were unlikely to marry and often ended up in slavery. The story goes, that on three separate occasions, Nicholas threw bags of gold through an open window for each of the daughters so that they could marry. Of course, the legend holds that the bags of gold happened to land in stockings or shoes left by the fire to dry, thereby starting the tradition of children hanging stockings by the fireplace for Santa.

There are many other amazing stories that have been passed down throughout history about Saint Nicholas’ life. Undoubtedly many are embellished if not purely fictitious and God only knows the true story of the man who became known as Saint Nicholas. It seems that Nicholas’ popularity and legend grew exponentially, especially after his death on December 6, AD 343. That date became a celebrated holiday called St. Nicholas Day.  A liquid substance at his grave site at his cathedral church in Myra was rumored to have healing powers attracting many visitors; and centuries later (1087) his bones were stolen and taken to the Italian city of Bari where an “impressive church was built over St. Nicholas’ crypt… which became one of Europe’s great pilgrimage centers” (St. Nicholas Center).

Sadly, it appears that even as early as the third century, the legend of Saint Nicholas had overshadowed the one who was behind his amazing life—the Lord Jesus Christ! For behind all of Saint Nicholas’ acts of generosity, behind his compassion for the poor, behind his answered prayers, was the heart and power of Jesus. You see, ever since Jesus physically rose and ascended into heaven, his presence and Spirit has remained and his ministry has continued here on earth through men and women, like Saint Nicholas, who love Him and put all of their hope in him. (Romans 12:4-8; Ephesians 1:19-23)

The humble, giving, self-sacrificing, spirit of Saint Nicholas is in itself a great miracle and evidence of the power of Christ in a person. All of us are born selfish and seeking our own glory and honor. No one gives away a fortune anonymously without being moved by the hand of God. The giving nature of Saint Nicholas was a reflection of the giving nature of Jesus Christ and God the Father. That is why gifts continue to be given around the world each year on Christmas, even without the help of reindeer! God is behind every good gift that is given (James 1:17). In the third century God used Saint Nicholas. Today he uses us! (for a great example look at the work of Samaritan’s Purse’s Operation Christmas Child which sends shoe boxes full of Christmas gifts all over the world each Christmas to children from needy families). Saint Nicholas’ giving spirit is alive and well because it flows from the Spirit of God. He just uses different hands and feet to give His gifts in 2019!

How about you? Are you going to join Saint Nicholas this Christmas Eve in worshiping Christ, whether at home or at church in a Christmas Eve Service? For those is the Dansville area who do not already have plans, we welcome you to our Christmas Eve service at Grace Baptist Church, December 24th, at 6:00pm!