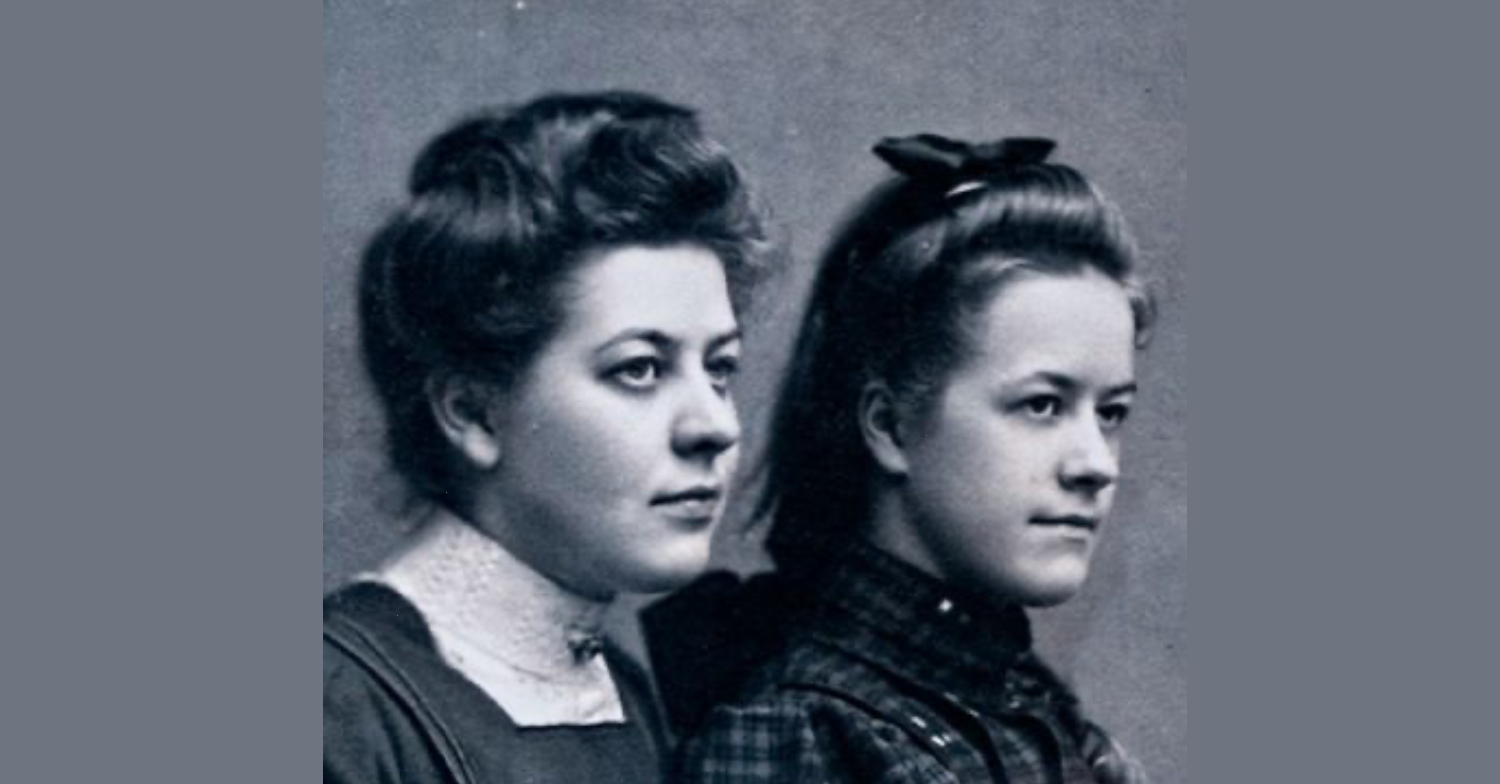 As we look at the events of the past eight days, we see protestors storming the US Capitol building and the United States House of Representatives moving to impeaching the president a second time. As we then look at the events of this past year, we recall riots following BLM movements in cities throughout the country, a bitter presidential election with accusations of election fraud, and extremely divided views on how to address an ongoing COVID-19 epidemic. How can we ever bring our divided country back together again?

There is only one solution which will truly work: FORGIVENESS! “Tit for tat” only escalates conflict. Revenge only angers and emboldens your adversaries and destroys any shreds of unity that were left. Now I know that at the mention of forgiveness, many people will be quick to say “That will never happen! There is no way that I could every forgive (person’s name)!” And in our own strength that may be correct. But the forgiveness our country needs is the forgiveness of Christ.

Let’s look at the example of Jesus’s forgiveness. As sinful human beings, we all have really offended God. God created us. He gave us everything that we have. He loves us more than we can imagine, and in his infinite wisdom, he put forth a plan for our lives which will bring each of us our ultimate satisfaction. Yet, in our foolishness and ignorant pride, we reject his plan. Our actions clearly deny God’s commands, making the statement that “I am going to do it my way, because I want to be lord of my universe!” We all have committed treason against the real Lord of the Universe. Yet, the Lord made himself into a man (the Lord Jesus Christ), came to earth, and served our death penalty way before we ever dreamed of saying that we were sorry for our sins. Romans 5:7-8 says it this way- “Very rarely will anyone die for a righteous man, though for a good man someone might possibly dare to die. But God demonstrates his own love for us in this: While we were still sinners, Christ died for us.” Jesus loved us so much that he not only forgave us, but he willingly served our death sentence for us, for the treasonous sins we were committing against him!

Now the skeptic might be quick to claim that Jesus’s forgiveness is just a myth, too good to be true, but the forgiveness of Jesus Christ is not only real, it gives us the power to forgive those whom we see as impossible to forgive. Let me share a real-life example of Christ’s power working the miracle of forgiveness in human hearts.

During World War II a Dutch clock maker named Corrie ten Boom, her sister Betsie, and their father started hiding Jews in their home in an effort to save Jews from Nazis concentration camps. Eventually, Corrie’s family was betrayed to the Nazis by a man Corrie was trying to help. Corrie’s father died not long after his imprisonment. Corrie and Betsie were sent to the horrid Ravensbrück concentration camp, where they both suffered tremendously. Betsie died in that camp just twelve days before Corrie’s release. In 1947, just two years after Corrie was freed from Ravensbrück, after speaking in church in Munich, Germany, Corrie met a one of her former prison guards from that concentration camp. This is Corrie’s account of that meeting:

It was in a church in Munich that I saw him, a balding heavyset man in a gray overcoat, a brown felt hat clutched between his hands. People were filing out of the basement room where I had just spoken, moving along the rows of wooden chairs to the door at the rear.

It was 1947 and I had come from Holland to defeated Germany with the message that God forgives.

It was the truth they needed most to hear in that bitter, bombed-out land, and I gave them my favorite mental picture. Maybe because the sea is never far from a Hollander’s mind, I liked to think that that’s where forgiven sins were thrown.

“When we confess our sins,” I said, “God casts them into the deepest ocean, gone forever.”

The solemn faces stared back at me, not quite daring to believe. There were never questions after a talk in Germany in 1947. People stood up in silence, in silence collected their wraps, in silence left the room.

And that’s when I saw him, working his way forward against the others. One moment I saw the overcoat and the brown hat; the next, a blue uniform and a visored cap with its skull and crossbones.

It came back with a rush: the huge room with its harsh overhead lights, the pathetic pile of dresses and shoes in the center of the floor, the shame of walking naked past this man. I could see my sister’s frail form ahead of me, ribs sharp beneath the parchment skin. Betsie, how thin you were!

Betsie and I had been arrested for concealing Jews in our home during the Nazi occupation of Holland; this man had been a guard at Ravensbrück concentration camp where we were sent.

Now he was in front of me, hand thrust out: “A fine message, fräulein! How good it is to know that, as you say, all our sins are at the bottom of the sea!”

And I, who had spoken so glibly of forgiveness, fumbled in my pocketbook rather than take that hand. He would not remember me, of course–how could he remember one prisoner among those thousands of women?

But I remembered him and the leather crop swinging from his belt. It was the first time since my release that I had been face to face with one of my captors and my blood seemed to freeze.

“You mentioned Ravensbrück in your talk,” he was saying. “I was a guard in there.” No, he did not remember me.

“But since that time,” he went on, “I have become a Christian. I know that God has forgiven me for the cruel things I did there, but I would like to hear it from your lips as well. Fräulein”–again the hand came out– “will you forgive me?”

And I stood there–I whose sins had every day to be forgiven–and could not. Betsie had died in that place–could he erase her slow terrible death simply for the asking?

It could not have been many seconds that he stood there, hand held out, but to me it seemed hours as I wrestled with the most difficult thing I had ever had to do.

For I had to do it–I knew that. The message that God forgives has a prior condition: that we forgive those who have injured us. “If you do not forgive men their trespasses,” Jesus says, “neither will your Father in heaven forgive your trespasses.”

I knew it not only as a commandment of God, but as a daily experience. Since the end of the war I had had a home in Holland for victims of Nazi brutality.

Those who were able to forgive their former enemies were able also to return to the outside world and rebuild their lives, no matter what the physical scars. Those who nursed their bitterness remained invalids. It was as simple and as horrible as that.

And still I stood there with the coldness clutching my heart. But forgiveness is not an emotion–I knew that too. Forgiveness is an act of the will, and the will can function regardless of the temperature of the heart.

“Jesus, help me!” I prayed silently. “I can lift my hand. I can do that much. You supply the feeling.”

And so woodenly, mechanically, I thrust my hand into the one stretched out to me. And as I did, an incredible thing took place. The current started in my shoulder, raced down my arm, sprang into our joined hands. And then this healing warmth seemed to flood my whole being, bringing tears to my eyes.

For a long moment we grasped each other’s hands, the former guard and the former prisoner. I had never known God’s love so intensely as I did then.

It is the love of our Lord Jesus and his forgiveness that our nation needs more than anything right now!

It is true that a person who receives forgiveness is much more likely to forgive others. But the forgiveness of Christ goes far beyond making someone feel better. When you truly come to know Jesus and his forgiveness, he actually gives you a new heart, one that can love like he does! God says it this way in Ezekiel 36:26-27 “I will give you a new heart, and a new spirit I will put within you. And I will remove the heart of stone from your flesh and give you a heart of flesh. And I will put my Spirit within you, and cause you to walk in my statutes and be careful to obey my rules.”  That is how Corrie could forgive the prison guard.

So how about you? Have you experienced the forgiveness of Jesus? The forgiveness that is needed to heal our nation first starts with us. We need to receive God’s forgiveness and then we need to forgive those around us who have hurt us.

All we need to do to receive God’s forgiveness is to admit that you have sinned against Him and ask for His forgiveness. Then seek Jesus. Trust Him and ask Him to help you forgive others. You will find Jesus and the power to forgive in the pages of the Bible.

Please call us at Grace Baptist if you want to have someone pray with you, or to help you learn more about Jesus and his amazing forgiveness.

Nov 27
The Groanings Of Creation